Unbranding the Brand, Part I. 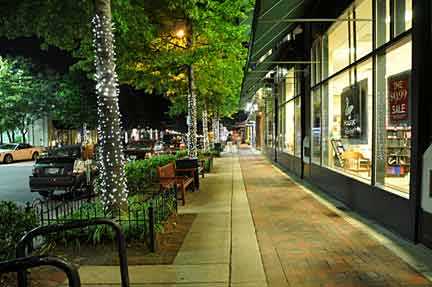 At the AIA convention this week I attended an event entitled:  Bathesda Row a Retrospective Look at a Retail Icon.  For anyone not familiar with it, Bethesda Row it is a highly successful mixed use development project that took place over 17 or so years.  It is a model of successful “main street” retail.  The developer, John Freeman, made a side comment that may have been the most telling point in the event.   He said, “I hate brands,”  thereby moving an idea from a thought to a thing.  He followed with a discussion of the tenant mix housed in the retail parts of the development, saying that 35% of the tenants were independent “mom and pop” retailers that were critical to the success of the project.  I have thought for a while now that the newest trend in the built retail environment might well be unbranding the brand.  If so, the implications for store design and planning  are considerable. (Please see the comments where the discussion continues.)