Way back in 2012, John Freeman, a developer known for Bethesda Row, caught my attention when he said, in reference to main street retail, “I hate brands.” Since then, I have been considering the notion in relation to retail store design. I actually set up a google alert in order to be notified whenever “unbrand” came up in some online post, and was rewarded, 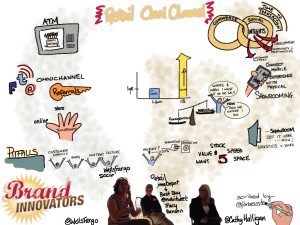 mostly with lots of spam. Nevertheless, I persisted until the topic finally turned up hot for 2015, when according to many retail gurus, the era of “conspicuous branding” was over, having been replaced by understated luxury, downplayed wealth, individual identities, personal taste, non-conformance, no labels, and resulting in the rise of, among other things, “fast fashion.” All of this was deemed to have not a little to do with a bad economy, underemployment, high debt, student loans, the rise of social media, and directly affecting the shopping habits of that ever to be courted target market of 18 – 34 year olds, the Millennials, projected to spend 1.2 trillion by 2020, and leading a retailer to ask, “now what?”

Certainly, adapting to the “…non logo times” has not been so easy. Few would argue that many malls are in trouble, department stores are closing 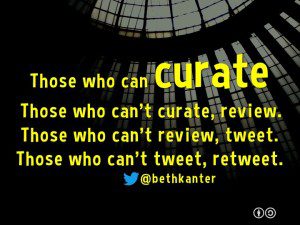 locations, and since 2013, at least, are moving towards smaller, more fragmented stores. Neither are efforts at “de-branding” always successful. In 2015, the Gap tried, with their “dress normal” campaign, to detach the name from the product and sales went down. As if to compensate, it seems that Macy’s at least, is now poised in 2015 to test out converting some locations to outlet type stores, competing with TJ Max, and others. So does all this tell us anything about what is to be expected in the 2016 retail environment?

The beginning of the year is harvest time for those of us with an interest in projections about emerging trends in retail store design and planning. I leave the detailed explanations to the experts, preferring, for those inclined towards bullet points, to describe the trends in 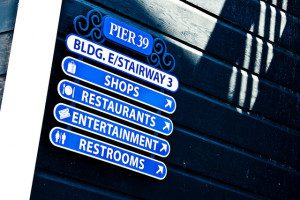 terms of the numerous “buzzwords” inherent in the various texts, which process is a lot like what designers do, i.e., translate cryptic verbal prompts into visual images. If you care to dive more deeply into the subject, the articles are referenced in the links at the end. Otherwise, I offer the following description of the retail environment in 2016, which begs the question, “does ‘omni channel retail’ demand ‘omni channel’ design?”

The Era of Unbrand